How can the stock market be overbought? Nobody’s buying! 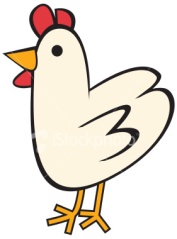 Earnings, not wholesale ‘buying’ have been driving the recent rally….please read my previous comments . Those arguing that the “Olympic” rally is a false start have simply missed the boat yet again.  They suggest the stock market is overbought but who’s actually bought it?  The hedge funds have been doing squat with their money of late, and the rest?  I’m sure the U.S. investor is behaving no different than our Canadian folks:

Yes, there is money being put into savings and securities, but NOT the stock market.  For a very long time now retail investors (and you can bet institutional investors have been doing likewise) have been focussed on the fixed income markets.  Yes balanced funds have received some flows but it’s the bond portion they want, and the equities just happen to be there.

“Bond funds were the top-selling funds in the month, reporting net inflows of $928 million. Balanced funds also experienced decent net flows of $670 million; however, flows are down significantly from net sales of $1.9 billion in the same month last year.”

Stocks are overbought they say?

Despite the improvement in equity markets in the month, equity funds experienced net redemptions of $911 million. We are not expecting a turnaround in equity fund flows in the near term.

Now that we’ve had continued strength in equities, you can be sure that there “will be” a turnaround in the really NEAR term.  The chickens will cross the road, and the last ones to do it will be runover.

Malvin Spooner is a veteran money manager, former CEO of award-winning investment fund management boutique he founded. He authored A Maverick Investor's Guidebook which blends his experience touring across the heartland in the United States with valuable investing tips and stories. He has been quoted and published for many years in business journals, newspapers and has been featured on many television programs over his career. An avid motorcycle enthusiast, and known across Canada as a part-time musician performing rock ‘n’ roll for charity, Mal is known for his candour and non-traditional (‘maverick’) thinking when discussing financial markets. His previous book published by Insomniac Press — Resources Rock: How to Invest in the Next Global Boom in Natural Resources which he authored with Pamela Clark — predicted the resources boom back in early 2004.
View all posts by Mal Spooner →
This entry was posted in Random Thoughts and tagged balanced, bonds, equities, flows, fund, funds, investors, malvin, market, maverick, maverickinvestors.com, mutual, spooner, stock, stocks. Bookmark the permalink.

2 Responses to How can the stock market be overbought? Nobody’s buying!