One of the biggest copper/gold deposits in the world.

In a previous article (published in February) I suggested it’s wise to invest in copper highlighting two names. I discussed one large company, Freeport-McMoRan and a small Canadian exploration company developing a large copper/gold deposit in Canada’s Yukon called Western Copper and Gold (WRN). This time, I’d like to focus on the latter.

Since I posted that article, Freeport is up a modest 11%, but Western Copper and Gold has climbed 140%.

In its first estimate since 2010, Western Copper and Gold (TSX: WRN; NYSE-AM: WRN) has updated the resource for its 100%-owned Casino project in the Yukon with more drill results, confirming that it is one of the largest copper-gold deposits in the world. (Source: Mining.com)

WRN has about 122.4 million common (fully diluted) shares outstanding for a market cap approaching 200 million $CDN. It trades on the Toronto Stock Exchange and the NYSE American in $US. Its 52-week trading range on the Canadian Exchange is $0.44 – $1.90 ($0.31 – $1.53 on the American). Of course, like any exploration company, there are no revenues or earnings to speak of, but the company has $7.4 million in cash on hand. 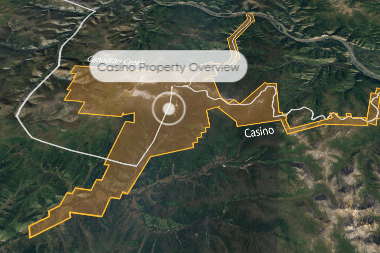 The project is 100% owned, and its recently announced resource estimate is based on fresh drilling the company conducted in 2019, combined with results dating back to 2010 to 2012 that were previously not available. The resource now includes reserves of 7.4 billion pounds of copper and 12.7 million ounces of gold.

Already in the permitting stage, the mine has a minimum expected life of 22 years, a net present value of US$1.83 billion, and an IRR (after-tax) of 20.1%. With estimated cash costs net of by-products (for e.g. gold and molybdenum) of US$ -0.81/lb., the company should have no trouble raising the US$2.46 billion needed to fund the capex.

With several of the world’s larger mines on care and maintenance during the COVID-19 pandemic and China’s rapidly improving economy (the largest consumer of copper), it is inevitable that the gold/copper price ratio will rise from its currently depressed level – improving the net present value of these reserves and the economics of this massive deposit. 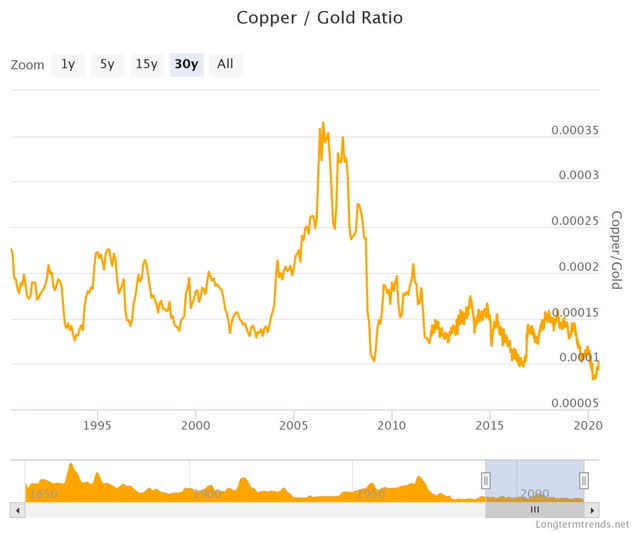 Trading at a fraction of its net present value (with a significant probability that continued drilling will grow the resource and that copper prices will strengthen), this microcap has plenty of room to rise from current levels.

Malvin Spooner is a veteran money manager, former CEO of award-winning investment fund management boutique he founded. He authored A Maverick Investor's Guidebook which blends his experience touring across the heartland in the United States with valuable investing tips and stories. He has been quoted and published for many years in business journals, newspapers and has been featured on many television programs over his career. An avid motorcycle enthusiast, and known across Canada as a part-time musician performing rock ‘n’ roll for charity, Mal is known for his candour and non-traditional (‘maverick’) thinking when discussing financial markets. His previous book published by Insomniac Press — Resources Rock: How to Invest in the Next Global Boom in Natural Resources which he authored with Pamela Clark — predicted the resources boom back in early 2004.
View all posts by Mal Spooner →
This entry was posted in Random Thoughts, stocks and tagged buy, copper, economy, gold, maverickinvestors, mining, stock market, stocks. Bookmark the permalink.