(I originally published this on Feb. 7th, 2020)
We know Alberta has endured a tough time of it; excess domestic oil production due to lack of pipeline capacity (we’re seeing progress finally but oh so slow). Now energy prices are falling again.  It’s difficult to determine how low the oil price can go with coronavirus causing a literal seizure of international travel – of not just people, but the goods and services those people produce and consume. 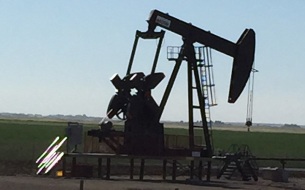 Demand fears stemming from the coronavirus outbreak are the primary impetus behind lower prices, with many Chinese refineries reportedly lowering planned February runs in an attempt to support prices. OPEC is also reportedly mulling another 500 Mb/d cut to production in an effort to support markets. The infection rate continues to rise, leading to more quarantines and transportation restrictions throughout Asia and Russia. [Source: https://stratasadvisors.com/Weekly-Price-Outlook/WAOP/02032020-Oil-Price-Outlook%5D

The U.S. is now the largest producer of oil in the world.  China is the 2nd largest consumer of crude.  Even if  OPEC members decide to lower production hoping to bolster prices, it takes awhile to turn off those taps and it takes gumption to voluntarily sacrifice badly needed revenues.  With economic activity slowing down (it just has to) those revenues are even more crucial the Russia, the Saudi’s and the much more troubled other members of the ‘OILigopoly’ (I made an economist joke LOL).

According to the International Energy Agency (IEA):

So the oil consuming nation contributing the most to demand growth is about to put an immeasurable damper on global oil consumption.  It’s not hard to understand why oil prices are falling ahead of the inevitable.

Not long ago I bought back a few Western Canadian oil stocks thinking they’d already suffered enough.  NOT! Clearly I jumped the gun.  The harder question now is should I concede defeat (sell) or average down?  I’m not smart enough to entertain the third option – move to Alberta where housing is so much cheaper than in Toronto.

Malvin Spooner is a veteran money manager, former CEO of award-winning investment fund management boutique he founded. He authored A Maverick Investor's Guidebook which blends his experience touring across the heartland in the United States with valuable investing tips and stories. He has been quoted and published for many years in business journals, newspapers and has been featured on many television programs over his career. An avid motorcycle enthusiast, and known across Canada as a part-time musician performing rock ‘n’ roll for charity, Mal is known for his candour and non-traditional (‘maverick’) thinking when discussing financial markets. His previous book published by Insomniac Press — Resources Rock: How to Invest in the Next Global Boom in Natural Resources which he authored with Pamela Clark — predicted the resources boom back in early 2004.
View all posts by Mal Spooner →
This entry was posted in GOLD & COMMODITIES, Random Thoughts and tagged #oil prices #alberta #energy #stocks #commodies #maverickinvestors. Bookmark the permalink.