A good contrarian works to identify oversold and overlooked segments of the market.  One sector that is getting no respect is fertilizers.  Hardly as sexy as the FAANG stocks, like many cyclical plays the time to buy is when the stocks are down and out. 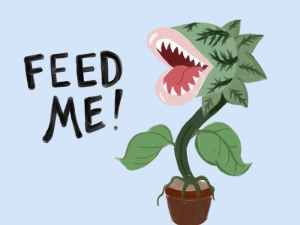 Because the nutrient products of the fertilizer companies are strongly correlated with the agricultural commodities they feed, quotes like the following are gold:

There’s not an ounce of bullish news to be found, but we think that majority of the bearish news is already known. So long as nothing crazy happens over the long weekend, we remain optimistic on prices and believe the risk/reward favors the buy-side at the bottom end of the range.

The quote is about grain prices.  Although wheat prices were okay in 2018 (internationally, many factors influenced wheat prices – droughts throughout northern Europe, eastern Europe and in Australia hampered global wheat production and supported prices in North America), 2019 was a difficult year for crops in the U.S. especially, due to wet weather and the trade war between China and the USA.

What we need though is one or more catalysts to turn things around for pricing (wheat, corn etc.)  Clearly the most difficult factor to contend with is weather.  Fortunately the Old Farmer’s Almanac has been most accurate with its longer range predictions.  For this spring and summer it looks like growing conditions will be much improved over last year.

April and May will have above-normal temperatures, with below-normal rainfall. Summer temperatures will be hotter than normal, with the hottest periods in mid-June, mid- to late July, and early August.

Another catalyst sure to improve the demand and pricing for food commodities (and in turn fertilizer demand) is the impact of locust swarms on crops in Africa.  Most of the affected regions are already famished.

In a tweet published Thursday, the Executive Director for the UN World Food Programme warned that if countries “do nothing” now, they will be forced to spend 15 times more money to feed the 13 million people “devastated by the loss of their crops and livelihoods.” “Which do you think is a better investment?!,” Beasley wrote.

Another catalyst difficult to measure is the effect on Chinese demand and production of foodstuffs caused by the coronavirus (COVID-19).  China may be forced to import more wheat than usual. Add these forces up and the likelihood of better times ahead for the fertilizer industry makes sense.

The stocks have retreated for most of last year and could be bottoming at current levels.

The companies are not created equal however.  They all have a different product mix, and are therefore sensitive to different pricing related to the nutrients they supply.  Also, in a capital intensive industry the free cash flow available for dividends and share buybacks differ significantly between producers.

I’d like to focus on Nutrien Ltd., which is the result of a strategic combination of two Canadian companies – Agrium (which was primarily a nitrogen fertilizer company) and Potash Corp. (primarily Potassium chloride). The combined company produces and distributes over 27 million tonnes of potash, nitrogen and phosphate products for agricultural, industrial and feed customers world-wide.  They also own a leading agriculture retail network with accounts around the world.

Canada has the 2nd largest reserves of Potash in the world, and is the leader in terms of global production. One advantage for the price of potassium chloride is the fact that more than one producer has curtailed production of late.

Nitrogen prices (like Urea and other nutrients) drifted lower over the 2nd half of last year, but may get a boost this year – should the weather improve. For the past couple of years according to Brad Carlson, a state nutrient management specialist with U of M Extension, “when it comes to talking about nitrogen and nutrient management, most of the things that adversely impact nitrogen management happened. It was cool, so we didn’t get a lot of mineralization. It was wet, which all of our loss processes are water based, denitrification and leaching. And then of course we had the additional challenges of just getting out in the field.”  (from University of Minnesota Nutrient Management Podcast Episode “Nitrogen management, Feb. 2020).  A nitrogen deficiency should improve demand for the nutrient in the US growing states.

Admittedly short-term, pricing for the final products seems to be improving, which in due course usually translates into better pricing for nutrients.

LONDON, Feb 5 (Reuters) – Chicago soybean futures rose for a third consecutive session on Wednesday as the market continued to recover from a two-month low reached earlier this week while corn and wheat were also higher, buoyed partly by gains in global stock markets.

Some stocks mentioned in this article will report their 4th Q earnings over the next few days which might put downward pressure on the stocks short term.  However beyond that they stand to perform well if my expectations are correct, but Nutrien Ltd. is the most conservative and diversified of the bunch.  The P/E (trailing) in only about 16X earnings, and the dividend yield a generous (compared to the S&P 500 dividend yield and Treasuries) 4%.  The Company also has plenty of free cash flow to pay for capex and dividends and share buybacks.  Due to the change in identity post-merger, it is not as understood by many U.S. investors.  One distinct advantage enjoyed by the company is access to extremely inexpensive natural gas in Canada – the ingredient to nitrogen fertilizer production.

Malvin Spooner is a veteran money manager, former CEO of award-winning investment fund management boutique he founded. He authored A Maverick Investor's Guidebook which blends his experience touring across the heartland in the United States with valuable investing tips and stories. He has been quoted and published for many years in business journals, newspapers and has been featured on many television programs over his career. An avid motorcycle enthusiast, and known across Canada as a part-time musician performing rock ‘n’ roll for charity, Mal is known for his candour and non-traditional (‘maverick’) thinking when discussing financial markets. His previous book published by Insomniac Press — Resources Rock: How to Invest in the Next Global Boom in Natural Resources which he authored with Pamela Clark — predicted the resources boom back in early 2004.
View all posts by Mal Spooner →
This entry was posted in GOLD & COMMODITIES, Random Thoughts. Bookmark the permalink.