Are markets in denial? Recent history in one chart!

Are we and the stock market in denial?  Talk of a ‘double-dip’ recession seemed to grow quieter once the correction I predicted back in January ran its course and the market headed to new highs.  I still adhere to my expectation for a strong year, but needless to say decades of experience has taught me the ride will always be a bumpy one.

This chart sums up what where we’ve been and what we still have to contend with for the next several months. 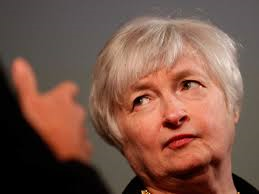 It is quite probable that post-Bernanke, Janet Yellen believes her real “job” is to orchestrate a return to normality.  This necessarily will mean some pain for gain.  The yield curve shift from upward sloping in 2005 (more or less normal) to the ugly line corresponding to 2007 (see chart) was a sign of imminent doom – we could all agree at the time.  Downward sloping yield curves imply deflation and ultimately worse.  Quantitative easing and the ‘twist’ managed to massage down rates into the somewhat deformed 2012 yield curve depicted above – a scenario we’ve since grown too accustomed to.  The current dilemma is that today’s yield curve is looking even more bizarre. Mid to long rates have been rising while the short end remains ridiculously low.

Stepping back for a moment, I used this chart (courtesy of TD Securities) quite a long time ago to illustrate what had to happen in due course. Somehow the 10-year Treasury yield had to rise or the forward earnings yield on the S&P fall so the relationship stabilized – and I suggested both would happen.

Since then the earnings yield indeed declined as stock prices rallied (hence my bullish view of equities at that juncture) and long rates did rise if not dramatically (hence my bearish stance on bonds back then).

Back to NOW!  There still is a surplus of liquidity at the short end out there by almost every measure I’ve seen.  Although consumers did ‘bite’ and borrow large as they were supposed to – to get the economy rolling – in response to lower rates; the banking and corporate sectors did not.  As tapering continues, the issue is whether liquidity will shift into the longer end (higher margins for lenders) which would be ideal, or will a slowing of the economy serve to stifle lending; forcing longer rates down again.  In other words, will the few dollars actively investing out there just switch from stocks back to bonds while the cash horde continues to sit on the sidelines and constrain growth?

One day doesn’t make a trend, but this quote today from Bloomberg.com may provide a hint:

“The Treasury’s $21 billion 10-year note auction attracted the highest demand in a year as bonds rallied for a third day.”

All signs point to a global slowdown:  China’s sudden decline in exports and a downward revision to their economy’s growth rate, coupled with a stalling of Europe’s recovery creating anxiety.  Could it be simply that the path to normalization has begun in earnest?  What might ‘normal’ look like?

One of my favourite quotes from Clint Eastwood in The Dead Pool is:  “Opinions are like assholes. Everybody’s got one and everyone thinks everyone else’s stinks.” There are many opinions about the inflation outlook, but ‘normal’ critically depends on this parameter.  If we believe that inflation can remain at 2% or less (rather than hitting levels of  3.5% to 4% like in 2005) then a 10-year yield hovering at around 3% to 3.5% would not be outrageous.    To me this means that the earnings yield on the S&P 500 still has room to continue to decline (i.e. stock prices can go even higher).

Adjustments in expectations occur creating short term blips – but the fundamentals usually carry the day.  The only real uncertainty is whether China’s newfound fiscal discipline and Europe’s struggles will impact corporate profitability on a global scale.  Hard to imagine but that’s just ‘my’ opinion.

But, nothing remains static.  I opened with the question “Are we and the stock market in denial?” Yes and no!  Short rates will rise and create stress.  Some of the excess liquidity has found its way into parts of the market desperately trying to get some sort of return – reflected in the mini-bubble (not my expression but I read it somewhere and it fits) of technology-related growth situations and real estate.  Evidence?  Takeovers at high premiums with abundant cash (a bearish sign) in a small segment of the market and margin debt at frightening levels.

What do I mean by denial?  This (from Business Insider) quote from Morgan Stanley:

“Most of the highly priced stocks are not the mega caps that dominated the expensive spectrum during the internet bubble,” he wrote.

“This is not to say there aren’t overpriced tech stocks that could crash. Rather, they just don’t account for as big a share of the market as they did in the past.”

He may be right that they don’t account for as big a ‘share’ of the market as they did in 2000, but then again a few crashes would surely dampen investor enthusiasm and materially impact the overall market – even if it’s just temporary. 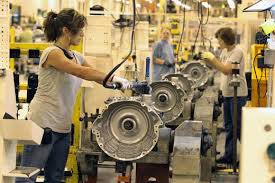 The good news is that operating income on Main Street U.S.A. seems to be holding its own.   Less sensational acquisitions in many ‘other’ sectors abound at reasonable takeover multiples – usually a good indicator that the broader economy still has legs.  Therefore I remain convinced that the stickiness of liquidity in the short end of the yield curve will begin to slowly but surely find a home in longer maturities and that the new Federal Reserve chair will be able to get things back on course in due course. For those who wish to avoid being caught in the mini-bubble, it’s time to switch horses is all.

Malvin Spooner is a veteran money manager, former CEO of award-winning investment fund management boutique he founded. He authored A Maverick Investor's Guidebook which blends his experience touring across the heartland in the United States with valuable investing tips and stories. He has been quoted and published for many years in business journals, newspapers and has been featured on many television programs over his career. An avid motorcycle enthusiast, and known across Canada as a part-time musician performing rock ‘n’ roll for charity, Mal is known for his candour and non-traditional (‘maverick’) thinking when discussing financial markets. His previous book published by Insomniac Press — Resources Rock: How to Invest in the Next Global Boom in Natural Resources which he authored with Pamela Clark — predicted the resources boom back in early 2004.
View all posts by Mal Spooner →
This entry was posted in Random Thoughts and tagged assets, bernanke, bonds, bullish, china, consumers, corporate, crisis, curve, curves, debt, deflation, earnings, economies, economy, equities, europe, European, expectations, fed, federal, inflation, interest, investor, liquidity, long, mal, malvin, margin, market, markets, maturity, maverick, maverickinvestors.com, profitability, QE, quantitative, rates, reserve, risky, s&p, short, sloping, spooner, stock, tapering, treasuries, treasury, yellen, yield. Bookmark the permalink.

1 Response to Are markets in denial? Recent history in one chart!