Everyone expects a correction; they just haven’t caused one yet! 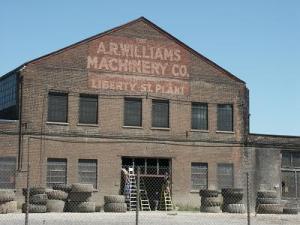 The release of data that is unexpected can be disruptive to markets as we’ve just experienced, but what causes even more volatility is the impact of surprising data releases on investor expectations.  Bear markets caused by recessions are easier to diagnose (perhaps even predict) than ‘corrections’ or ‘pullbacks’ or whatever you choose to call them.  Many strategists do not hold the ISM Index (purchasing managers survey) in very high esteem, but since the 1950’s when the index did register below 50 a recession did follow almost 2/3rds of the time.

As you can see from these graphs, the S&P 500 and total U.S. manufacturing activity tend to ebb and flow together – once a slowdown in the economy is underway the market is also in a tailspin.  What is more difficult to understand are those times (red arrows) when the data releases seem benign enough but the stock market gets itself into a tizzy anyway.

The PMI registered 51.3 percent, a decrease of 2.9 percentage points from February’s reading of 54.2 percent, indicating expansion in manufacturing for the fourth consecutive month, but at a slower rate.

Two weeks before this release, we had only just learned from the Board of Governors of the Federal Reserve System that the economy seemed to be smoking:

At 99.5 percent of its 2007 average, total industrial production in February was 2.5 percent above its level of a year earlier.  The capacity utilization rate for total industry increased to 79.6 percent, a rate that is 0.6 percentage point below its long-run (1972–2012) average.

Then on April 2nd we heard about very strong U.S. Factory orders for February:

The 3 percent gain in bookings, the biggest in five months, followed a revised 1 percent decline in January, a Commerce Department report showed today in Washington.

Bottom line, a busy February seemed to justify the new highs for the stock market, but suddenly it seems March might not look so hot.

The ISM’s leading indicator says things might be slowing down, and to top it off disappointing employment data (the ADP Jobs Report) suggests expectations (extremely bullish) for lots more jobs being created may be a bit out of whack with reality.  In my experience expectations can take more time to adjust than you’d think but when they do the corresponding ‘correction’ or ‘pullback’ can be pretty harsh.  I recall in March of 1997 a 10% pullback despite a fairly robust economy, and the following year (1998) an 18% correction during the summer months.

But everybody already expects a correction right?  That’s what a talking head said (as I type this) on CNBC.  If this were true, we’d already be experiencing a sell-off.  There’s always a lag between expections adjusting and the reaction.  Yes more and more investors are anticipating a correction, and in due course they will actually cause it.

A dividend yield of 2% for a risky asset class is not enough, historically or rationally.  The S&P 500 might not be seem that expensive at 18.3X trailing earnings, but the S&P 500’s earnings cannot continue to grow at their post-crisis pace.  Oh and there is a ‘yield’ bubble and those dividend stocks will normalize (i.e. decline) if it hasn’t begun already.

Malvin Spooner is a veteran money manager, former CEO of award-winning investment fund management boutique he founded. He authored A Maverick Investor's Guidebook which blends his experience touring across the heartland in the United States with valuable investing tips and stories. He has been quoted and published for many years in business journals, newspapers and has been featured on many television programs over his career. An avid motorcycle enthusiast, and known across Canada as a part-time musician performing rock ‘n’ roll for charity, Mal is known for his candour and non-traditional (‘maverick’) thinking when discussing financial markets. His previous book published by Insomniac Press — Resources Rock: How to Invest in the Next Global Boom in Natural Resources which he authored with Pamela Clark — predicted the resources boom back in early 2004.
View all posts by Mal Spooner →
This entry was posted in Random Thoughts and tagged ADP, Bear, bubble, commerce, correction, data, department, dividend, employment, expectations, factory, federal, Index, industrial, Institute of Supply Management, inventories, investor, investors, ISM, jobs, mal, malvin, manufacturing, markets, maverick, maverickinvestors.com, orders, PMI, post-crisis, production, pullback, recessions, reserve, shipments, slowdown, spooner, strategists, system, yield. Bookmark the permalink.