Unlike beauty queens who peak at 22, money managers become more desirable as they age (provided they can still think).

Investment management is the longest apprenticeship of any professional career. Nobody begins to trust you until they’ve seen you perform for two or three business cycles.

Ordinarily, you don’t get PM responsibilities until you are at least 40. I know some great managers who are in their 80’s and still show up every day.

Although his rant is bang on, I’ve witnessed many situations where seasoned investment managers hire on much younger fellows to take over the reigns, even though of all people they should know better. Investment risk is not an absolute concept; it is an evolving one.

As my friend suggests, it takes a few cycles for a money manager to come to appreciate the vast array of perils lurking in financial markets. Probably the most difficult wisdom to learn involves thinking multi-dimensionally. 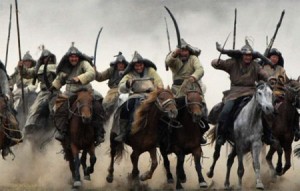 History is riddled with novice generals who didn’t anticipate being outflanked, attacked from front and back, or had no idea what to do when the Mongol horde sent attackers straight down the middle & split their army into two vulnerable mobs of disoriented infantry.

No doubt there are many other reasons put forward in favour of hiring younger people; familiarity with technology, or because they are young they aren’t perceived as a potential threat to authority?

But algorithms impossible to decifer have destroyed a great deal of wealth in recent years haven’t they? And it’s no secret that younger folk have an undeveloped appreciation for risk – just survey the average age of skydivers and bungy jumpers. Younger folk are also more ambitious and often the job their doing is less important to them than the job they want.

At roughly half the age of Roy Neuberger when he died, I suppose my friend was right when at the end of the above diatribe he suggested to me: “Your investment career is just beginning!”

Malvin Spooner is a veteran money manager, former CEO of award-winning investment fund management boutique he founded. He authored A Maverick Investor's Guidebook which blends his experience touring across the heartland in the United States with valuable investing tips and stories. He has been quoted and published for many years in business journals, newspapers and has been featured on many television programs over his career. An avid motorcycle enthusiast, and known across Canada as a part-time musician performing rock ‘n’ roll for charity, Mal is known for his candour and non-traditional (‘maverick’) thinking when discussing financial markets. His previous book published by Insomniac Press — Resources Rock: How to Invest in the Next Global Boom in Natural Resources which he authored with Pamela Clark — predicted the resources boom back in early 2004.
View all posts by Mal Spooner →
This entry was posted in Random Thoughts and tagged age, aged, career, Carret, cycles, employment, experience, finance, Fisher, fund, hiring, investment, investors, Kahn, konrad, mal, malvin, managers, market, markets, maverick, maverickinvestors.com, money, Neuberger, portfolio, richard, risk, seasoned, spooner, Templeton, younger. Bookmark the permalink.

6 Responses to Hiring Portfolio Managers? Go for the older guys!