CHINA: Much ado about nothing.

China is almost grown up! When I wrote Resources Rock: How to Invest in and Profit From the Next Global Boom in Natural Resources in 2004 China wasn’t in the news as much as it is a mere 8 years later. After 20 years of steady growth, one might say it’s economy is now a young adult.

We all get taller pretty quick when pre-teen and adolescents, but then our growth slows and takes on different (width?) proportions.

This was announced recently:

March 5th, 2012: Chinese Premier Wen Jiabao cut his nation’s 2012 growth target to an eight-year low of 7.5 percent and made boosting consumer demand the year’s first priority as Beijing looks to wean the economy off its reliance on external demand and foreign capital.

He lowered the target from a longstanding annual goal of 8 percent, a move investors anticipated so that Beijing has some economic leeway to rebalance the economy and defuse price pressures in the run up to a leadership change later this year.

Surprisingly (not really) , commodity prices took a bit of a hit almost immediately. It’s been a wild ride of late for investors in the materials sectors. For example, the Diversified Metals and Mining component of the S&P 500 Index (in $US) has been a roller coaster ride: 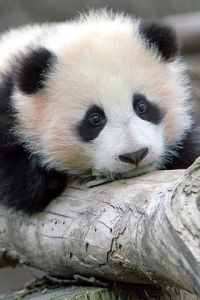 Uncertainty about Chinese demand is understandably the root cause of the volatility, but as I’ve mentioned in many prior commentaries, the China we have today is ten times what it was a decade ago. Growth may slow, but the total demand is massive compared to when it was just a baby bear.

And although overall growth might slow, it’s important to remember that demand in China continues to be robust compared to the rest of the world:

“Production of power cables, for example, is up 30 percent year-to-date … Clearly, fabricators’ usage of cathode remains high overall, and so their inventories continue to be run down,” said Leon Westgate, analyst at Standard Bank back in October 2011.

Isn’t it just a matter of perspective? After all, the average annual growth rate of China’s annual GDP has been roughly 9.9%. It managed to grow three times that number the odd year but only 3.8% in 1990. I wonder if some young analyst has bothered to compare the predictions of Premier Wen Jiabao, and all those leaders before him with the actuals. My guess is they wouldn’t even be close because:

So, a slowing of the Chinese economy is hardly reason to panic. It certainly did slowdown late last year:

“At the end of last year, The fourth-quarter growth rate was the slowest pace since the second quarter of 2009, when the global economy stumbled out of a deep recession. It also marked the fourth straight quarter in which growth had slowed down.”

The good news is that for the first time in a long while the U.S. economy has definitively gained momentum. We all forget that the United States economy is still the largest in the world. Demand growth from the U.S. will ignite a resumption in the export-driven China economy in due course.

The annualized (4thQ) GDP growth rates for various countries is depicted in the adjacent graph.

China may slow, but there’s plenty of reason to believe weakness in China (if any) and Europe (no doubt) could be offset significantly by the U.S. We now know that U.S. growth has been even more robust than expected:

“Real gross domestic product — the output of goods and services produced by labor and property located in the United States — increased at an annual rate of 3.0 percent in the fourth quarter of 2011 (that is, from the third quarter to the fourth quarter), according to the “second” estimate released by the Bureau of Economic Analysis. In the third quarter, real GDP increased 1.8 percent”

The point of all this mumbo jumbo? Volatility is more pronounced these days than when I was just a puppy. Bigger dips provide more opportunities to buy into stock markets and especially the very wild and crazy resource sectors. China does consume like a teenager, but like the young adult when it overindulges a bit of purging is to be expected. Watch this video which captures my meaning nicely.

Malvin Spooner is a veteran money manager, former CEO of award-winning investment fund management boutique he founded. He authored A Maverick Investor's Guidebook which blends his experience touring across the heartland in the United States with valuable investing tips and stories. He has been quoted and published for many years in business journals, newspapers and has been featured on many television programs over his career. An avid motorcycle enthusiast, and known across Canada as a part-time musician performing rock ‘n’ roll for charity, Mal is known for his candour and non-traditional (‘maverick’) thinking when discussing financial markets. His previous book published by Insomniac Press — Resources Rock: How to Invest in the Next Global Boom in Natural Resources which he authored with Pamela Clark — predicted the resources boom back in early 2004.
View all posts by Mal Spooner →
This entry was posted in Random Thoughts and tagged 500, beijing, capital, china, Chinese Premier Wen Jiabao, commodity, demand, diversified, economy, foreign, GDP, growth, investors, mal, malvin, maverick, maverickinvestors.com, metals, mining, prices, s&p, spooner. Bookmark the permalink.

1 Response to CHINA: Much ado about nothing.