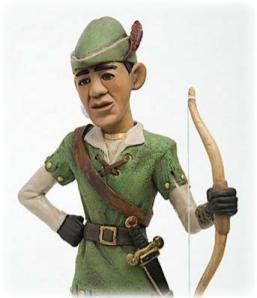 Tax the rich to what? Give to the poor? Like any thinking person should agree – great idea but can’t be done. Ever since the Chinese invented feudalism, 2000 years before Europe by the way, our economic and social order has taxing the poor for the benefit of the rich as its very foundation. Otherwise, why strive to become richer?

All that modern economies (even democratic ones) have managed to accomplish in recent history is a modest redistribution of wealth. Governments do collect taxes and do provide services that benefit the mid to lower echelons, but doesn’t it make perfect sense to keep the poor healthy enough to be taxable? Economists for decades have espoused the virtues (and efficiency) of a FLAT tax – everyone gets taxed at one rate…no fancy writeoffs – see video – or deductions designed to favour some at the expense of others. It won’t happen because it contradicts the very substance of capitalism – if you’ve enough muscle or enough money you can be in control. Once in control, others pay YOU!

Political unrest has always been (England, Germany, Italy, Spain, France for centuries, Libya today?) caused by the increasing pressure of the ruling elite (whether a tyrant or a parliament) to extract more from the rich than the rich considered reasonable – unlike social unrest which leads to the overthrow of the elite (ruling and wealthy alike) until a new elite establishes itself. The extreme complexity of today’s equivalent of fiefdoms (public & private corporations, institutions and agencies) has created an entire class of professionals dedicated to making sure the wealthy don’t succumb to the same taxation burden the rulers impose on the masses – it’s financial warfare between armies of lawyers and accountants representing private interests who battle incessantly with an opposing army commissioned by the multiple layers of various governments. This isn’t a bad thing, because the rich ($$$) and the rulers (tax$$$) do have to pay these new ‘soldiers’ so it does cause at least some wealth to be spread around (and then taxed of course).

If I sound cynical, it’s unintended. REALLY! The fact is that we are still working with the best system civilization has to offer. Let’s just hope and pray that the more petty differences between interested parties can be set aside so the house of cards can be left standing.

Malvin Spooner is a veteran money manager, former CEO of award-winning investment fund management boutique he founded. He authored A Maverick Investor's Guidebook which blends his experience touring across the heartland in the United States with valuable investing tips and stories. He has been quoted and published for many years in business journals, newspapers and has been featured on many television programs over his career. An avid motorcycle enthusiast, and known across Canada as a part-time musician performing rock ‘n’ roll for charity, Mal is known for his candour and non-traditional (‘maverick’) thinking when discussing financial markets. His previous book published by Insomniac Press — Resources Rock: How to Invest in the Next Global Boom in Natural Resources which he authored with Pamela Clark — predicted the resources boom back in early 2004.
View all posts by Mal Spooner →
This entry was posted in Random Thoughts and tagged accountants, democratic, economic, economies, elite, europe, fiefdoms, financial, government, history, hood, investors, lawyers, libya, mal, malvin, maverick, obama, parliament, political, poor, private, professionals, public, redistribution, rich, robin, social, spooner, taxation, tyrant, writeofffs. Bookmark the permalink.