Well I sure didn’t expect the sell off (happening today) I was predicting last week to come so suddenly.  Although Canada’s stock market was holding its own early in the day, that’s largely because of the pop in oil prices and the gold price.  Don’t get caught up in the hoopla though.  Gold has really been going nowhere despite all the enthusiasm of the gold fanatics.  I don’t begrudge Eric Sprott and Frank Holmes – good guys and wealthier than me by (they just keep hanging in there as gold bugs year after year) – but let us not forget the gold bugs also loved their bullion all the way down to $250 once upon a time.  Anyway, the risk to novice investors is getting caught up in this frenzy.  Indeed owning gold and the stocks was a great idea.  The focus now should however be what “will be” a great idea.  Oh, and what does the Toronto Maple Leafs have to do with any of this?  That team would do much better as well if it focussed on passing the puck to where their team mate “will be” rather than constantly passing the puck to where he “was.”

You’d think by reading the press and watching TV that gold has been trending higher.  Truth is though that in recent months it just keeps bouncing off the $1400 level and then coming back down.

I see no compelling reasons for higher gold.  In fact, energy prices are going to put the brakes on the global economy.  Egypt fizzled, and now Libya is keeping the ‘risk’ premium in the oil price alive and well.  Maybe the hedge fund guys (assuming they’re long oil futures) are in cahoots with the Muslim Brotherhood – keep those demonstrations coming.  For fellow compulsive students of history though, turmoil in the Middle East is hardly alarming – it’s been in a constant state of anarchy since long before Godfrey of Bouillon (1st Crusade 1096-1099 AD) and his fellow knights captured Jerusalem.

Don’t expect a shortage of crude oil anytime soon, and as hard it is to believe right now – at these artificially outrageous crude oil price levels we might soon see a surplus of crude as members of OPEC and producers worldwide open up the pumps to try and sell as much of the stuff as they possibly can to profit from current prices; while we consumers cut back on our use of carbon fuels.  Do I need to remind you what happened last time oil got this expensive? 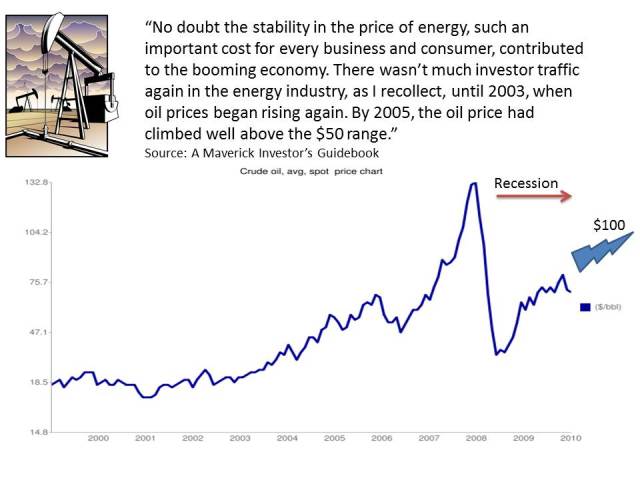 The downside of sky high oil prices is the impact on corporate profits (fertilizer stocks are now retreating, but also watch for railroads, automotive, trucking, airlines, and tourism related stocks begin to flounder) and especially on economic activity.  It may not halt the recovery altogether, but it will result in signficant substitution.  Uranium and other ‘alternative’ energy plays (Cameco) will see some buying, but the largest substitution will occur at the consumer level.  It comes as no surprise to me that stocks like Home Depot have been strong of late – after all why use your money to drive (may as well pour the gasoline and your money down the toilet) when you can still buy a home cheaply in the U.S., with a reasonable interest rate on a mortgage, and if you already have a home fix it up – and then just STAY HOME.  There’ll be no need for interest rates to rise as quickly as they might have – oil prices are doing the job (slowing things down) – which is why we’re seeing a lift in bond prices.  I’d use this opportunity to lighten up on those bonds and look to top up equities that won’t be hurt as much by energy costs.  Companies in the productivity improvement area are worth finding and owning.   It might sound simple-minded (because I am a simpleton) but those sectors having higher labour and capital costs, and are less sensitive to fuel prices should attract more investment dollars which will drive their stocks up.  Don’t ask me for individual stock picks though.  I’m embarassed to say I did like both Cisco and Dell late last year and bought both.   But I got tired of looking at the Dell going nowhere (impatient), so I sold it and held onto the Cisco.  Cisco has since lost me some money, and Dell reported an awesome quarterly profit.  Idiot?  You bet!  Even though I fully anticipated the earnings surprise (and I even I bought some of their cool newer models when I started my new company) I bailed out of boredom.  Wish Icould say I’ve learned my lesson, but I’ve done the same stupid thing hundreds of times. 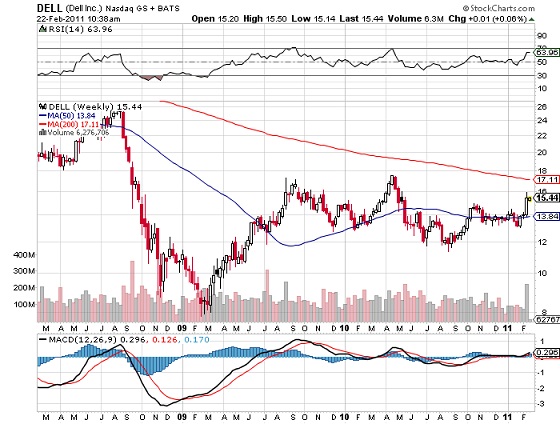 A darn good rule to live by (coined by my bond guru friend Art Yeates) is “If you don’t have a sense of humour, don’t invest.”

Malvin Spooner is a veteran money manager, former CEO of award-winning investment fund management boutique he founded. He authored A Maverick Investor's Guidebook which blends his experience touring across the heartland in the United States with valuable investing tips and stories. He has been quoted and published for many years in business journals, newspapers and has been featured on many television programs over his career. An avid motorcycle enthusiast, and known across Canada as a part-time musician performing rock ‘n’ roll for charity, Mal is known for his candour and non-traditional (‘maverick’) thinking when discussing financial markets. His previous book published by Insomniac Press — Resources Rock: How to Invest in the Next Global Boom in Natural Resources which he authored with Pamela Clark — predicted the resources boom back in early 2004.
View all posts by Mal Spooner →
This entry was posted in Random Thoughts and tagged cisco, consumer, dell, depot, energy, gold, home, investors, leafs, libya, maple, maverick, oil, prices. Bookmark the permalink.