Stock market will be a wild “ride” this week!

I saw this news item from Canadian Press:

I mentioned in my earlier posting that the difference between expectations (strong earnings, improving economy) and reality (are earnings as good as expected?) will determine the direction of markets in the short term.  I’m a bit shocked that the Egypt crisis has fizzled so abruptly – and markets today are enjoying a euphoric lift.  Of course, it might also be pleased that the talented young Canadian pop sensation Justin Bieber lost to some real Canadian musicians at the Grammy’s (Arcade Fire).

In my soon to be released literary gem ‘A Maverick Investor’s Guidbook’ (and yes, I’m being sarcastic) I spend a great deal of time explaining why investors should focus on what “will” happen rather than what “has already” happened.  When riding a Harley or any motorcycle, this is especially true if you hope to avoid near death experiences, and it’s just as critical when handling your investments.

Evidence that my expectations are being realized are captured in these charts.  Investors have been buying fewer and fewer bond funds (although bond fund sales are still slightly positive) and cautiously drifting into mutual funds that hold stocks.  My advice continues to be to keep some powder dry – money market funds will soon do much better as short term interest rates rise and it’s impossible (as mentioned in previous blog) to know whether expecations are too optimistic at this exact moment in time.  However, the trend is your friend when it comes to stock markets over the medium term since there’s a whole lotta bucks going to find its way in spurts into the stock market between now and May.

The below graph illustrates my point.  (The text and arrows added were added by me, and are not part of the original graph).

I predicted in my book (written last year) that this trend was inevitable.  It won’t be over until the average investor is recommending individual stock picks to his advisor.  As hinted in my previous blurb, we are due for a new entry point.  It might be next week, next month or not until June.  Why?

Oil prices and other commodity prices are excessive and must be putting a damper on overall corporate profitability, and also must be impacting consumer demand. I would argue that these prices are polluted by the weak US$.  In January of 2002 the Euro became a physical currency (new European common currency) and 1 Euro bought a measly 85 cents in US money.   Today a Euro gets roughly$1.35 in US money. Forget the correct math, but that means the Euro has appreciated by nearly 60% compared to the US greenback.  Now, back then the copper price was about 70 cents, and today its about $4.50 per pound.  That’s an increase of way over 500%.  What’s the point of this apparent nonsense?  My guess is that at least $1.00 of the copper price is currency related.  Remember I’m concerned about what ‘will’ happen or even what ‘could happen’ in the future.  If the US$ were to get back to parity with the Euro, then the copper price should get down to $3.50 or probably even lower.  The ‘quoted’ oil price would also be significantly lower.  AND a period of relative quiet in the mid-east will take away some of the current Egypt-related ‘risk’ premium embodied in current oil prices.  Nevermind that in economic terms there’s no real problem with any of this – perception in markets is the reality.  Actually, perception is usually WORSE than reality, because hedge funds and speculators will drive the prices further down than they should go.  Why?  Because once the momentum turns down they will fuel it with gusto (selling short).  The scenario I’m painting may prove to be bogus, but it means the US stock markets will gain some of the respect that’s been lost to international equity markets (which have been attracting investment dollars out of North America) over the past few years.

It would appear that a transition is underway if we look again at mutual fund flows.  Less money seems to be leaving US stocks, and fewer dollars are chasing international funds.  The next stage should witness lots of domestic and foreign investment dollars moving into the United States as its currency regains some of its lost lustre and the economy slowly gathers momentum.

If you haven’t been paying attention, this means I’d avoid golds and most commodities in favour of some cash and US stocks that will stand to benefit/profit from lower input costs. 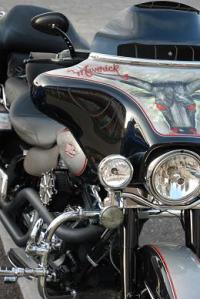 Malvin Spooner is a veteran money manager, former CEO of award-winning investment fund management boutique he founded. He authored A Maverick Investor's Guidebook which blends his experience touring across the heartland in the United States with valuable investing tips and stories. He has been quoted and published for many years in business journals, newspapers and has been featured on many television programs over his career. An avid motorcycle enthusiast, and known across Canada as a part-time musician performing rock ‘n’ roll for charity, Mal is known for his candour and non-traditional (‘maverick’) thinking when discussing financial markets. His previous book published by Insomniac Press — Resources Rock: How to Invest in the Next Global Boom in Natural Resources which he authored with Pamela Clark — predicted the resources boom back in early 2004.
View all posts by Mal Spooner →
This entry was posted in Random Thoughts and tagged Air Canada, BCE, bonds, Canadianl Tire, commodities, currency, earnings, Egypt, euro, flows, fund, golds, international, Manulife, mutual, oil, prices, scenario, stocks, US Dollar, US$. Bookmark the permalink.